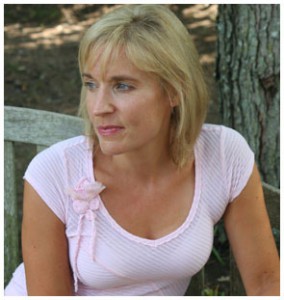 I was born in Nashville, Tennessee in January 1963. You can do the math to figure my age. I was a very shy child, sandwiched between two red-headed and creamy-skinned sisters. As in many families, my siblings and I had very different personalities. I was the quiet and introspective one.

Being shy does things to people. It limits you. It silences you. It draws you deep inside yourself. And then it does the incredible. It connects you strongly to imagination and feeling; it builds a skill for listening; it develops an internal language that, when freed, becomes the impetus for a writing life. I will, no doubt, always be an introvert. I will probably always shake when I read my work in front of others. But I am no longer silent. The desire to write and share my words has superseded whatever limits my base personality set in place.

Along with timidity, I was also a very intense and organized child with a wild imagination. Every doll, stuffed animal, and marble (yes, you read that right) had a name and a personality. To make sure I never forgot who they were, I created a list on notebook paper describing their physical and character traits. Talk about an eye for detail. Imagine describing each one of over a hundred marbles and finding what makes them unique. I was also very smart with a pretty darn good memory. Nashville public schools were not very challenging when I graduated from John Overton High School. I graduated from the University of Tennessee, Knoxville, four years later with a degree in Microbiology. I had and still have a passion for life science, for the integrity and spirit of the natural world, from the level of organism all the way to mitochondrial DNA and everything in between. My favorite classes in college were Biochemistry, Immunology and Microbiology. I was in love with life.

I was also in love with a guy named Tim. We got married in May 1985, only a day after he graduated from Vanderbilt University. We moved to Huntsville, Alabama where he began a job at Telledyne Brown Engineering and I entered The School of Medical Technology at Huntsville Hospital. After completing the program and becoming licensed as a Medical Technologist, we moved back to Tennessee for Tim to pursue another degree at Vanderbilt, this time a Master’s degree in Business at the Owen School. Our family grew to four children over the next ten years and I became a stay at home mom while Tim became CEO, CFO, CIO, secretary, and janitor of his own business. As the business grew, he gave up some of those positions.

I consider myself to have always been a writer. I remember one of the first poems I wrote, scribbled on a church bulletin during the sermon. It began like this, “A deer, on the edge of a thicket . . .” Pretty good, huh? I filled journals during my high school years with a lot of the stuff sane adults cringe at later, and wrote some sappy love poems for Tim during college. I cringe at those too. But along the way, I developed a love for words, and a desire to learn how to link them in ways that expressed more than their base definitions. I wanted to write with heart. I wrote essays about family life and the challenges of raising four polar opposite children. (I call them north, south, east, and west.) I wrote poems with religious themes, and poems expressing the deep emotion of parent for child.

When my youngest child finished elementary school in 2008, I started the Writer’s Loft program at Middle Tennessee State University. It opened a new world. Not only was writing about the love of words, there was a whole other aspect in the areas of craft, form, theme, and style, which brought skill and force to my writing. I breathed it in. And yes, I struggled too. It was a new and fascinating challenge to build something from my almost empty tool chest of writing knowledge. But I studied, I read, I researched, I listened, I thought, I planned, I dared, I cried, and I wrote and wrote and wrote. And finally, something stuck.

I am, and hope I will always be, a student in this writing life. Though I have graduated from the Writer’s Loft program, I am still learning, still reaching to become more astute in the craft of writing, and, more importantly, open to where my own heart leads. There are stories around us every day, waiting to be told. There are poems reflected in the hawk’s shining eye, and in the time-honored stability of minerals layered within stone. Everywhere we turn, words spring out of the fertile ground, calling “hear me!” As a child, I sat in our barn, curled up with my journal, wondering where all the words inside me could possibly lead. I’m just beginning to find out.